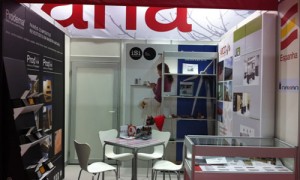 BMI View: In a worst-case scenario for the US and eurozone economies, we would expect Angola, Botswana, Cameroon, Gabon and South Africa to suffer the most. Yet, some countries would still post strong real GDP growth owing to ¡diosyncratic factors: we believe Ghana, Mozambique and Zambia are set to outperform regard- less of global headwinds.

BMI sees pertinent downside risks to Sub- Saharan African (SSA) economic growth in light of ongoing global headwinds. Although we maintain our broadly upbeat stance for now. we are cognizant of the poten- tially damaging ramifications of a number of concerns regarding key economies. Chief among these are the US and the eurozone – both of critical importance for SSA given their trade and investment links. For the US, weak macroeconomic data released on July 29 indícate that a double-dip recession cannot be ruled out. As regards the eurozone, the debt crisis rumbles on, posing downside risk to growth and threatening the stability of the European banking sector.

Our core view is that the global financial crisis gives a good idea of how African growth might be affected if the US or eurozone economies fare worse than we currently expect. Looking back at that period, there was a clear divergence in performance. Generally speaking, it was economies that were heavily exposed to the global economic el i mate that suffered the most – be that through having a relatively open economy (South Africa) or through a deep dependence on one particular export for which revenues collapsed (Angola, Botswana). Angola, forexample, saw its real GDP growth rate plummet from 13.2% in 2008 to -0.4% in 2009 as the all-important oil sector contracted. Similarly, Botswana’s over-reliance on diamond exports was cru- elly exposed as the economy contracted by 4.9% in 2009, following 2.9% growth in the previous year. The South African economy, meanwhile, contracted by 1.7% in 2009 as the manufacturing and mining sectors were hit hard – the downturn would have been worse were it not for investinents relating to the 2010 FIFA World Cup.

>Yet the picture was not all bad. Zambia, for example, saw real GDP growth rise to 6.3% in 2009 from 6.0% in 2008. Nigeria, similarly, saw a surge in growth to 6.7% from 6.0% the prior year. In both cases, we might have expected these economies to suffer greatly given their overreliance on copper and oil respectively. However, growth was boosted by increased produc- tion of the commodities owing to previous and (at the time) ongoing investments that were not forestalled by the global financial crisis. In Zambia, copper production grew by 14.1% y-o-y to 698,000 tonnes in 2009; in Nigeria, oil production rose by 2.0% y-o-y to 2.2mn barréis per day. Generally speaking, foreign direct investment (FDI) into SSA held up well throughout (he global recession, owing to its long-term strategic nature. Total FDI inflows feII to US$44bn in 2009 from US$52bn in 2008, but this was not a huge decline – in fact, inflows remained above the level recorded in 2007 (US$4 lbn).

Economies with sizeable agricultural sectors also posted a robust performance, as agricultural commodity prices held up and the domestically run nature of inany farms made them immune to foreign investment re- trenchment. Ethiopia, forexample, saw real GDP growth of 8.6% in 2009, albeit down from 11.6% in 2008; Tanzanian growth carne in at a respectable 6.0% in 2009.

If the global headwinds stemming from the US and eurozone strengthen, we would expect a divergence in performance to again be seen in SSA. Naturally, we would be most concerned over economies for which the US and eurozone comprise a sizeable share of exports. In this respect, we highlight Mauritius and Gabon – the US and eurozone (combined) account for 49.6% and 42.1% of their respective exports. However, other economies would also be vulnerable via depleted global demand for their exports and, consequently, lower commodity prices and diminished export revenues. BMI’s Commodities team believes that, in a worse- case scenario for the US and the eurozone, oil and base metáis would be most affected, although copper would likely suffer the least within the base metáis complex ow­ing to global supply dynamics. The team is also relatively upbeat on cocoa prices (forecasting an average price of GBP2.000/ tonne in 2011 and GBPl,900/tonne in 2012), believing that the bumper crops seen in West Africa of late will not be repeated in 2012. Taking all the above into account, we high­light the vulnerability of Botswana, Angola, Gabon, the Democratic Republic of Congo, Namibia and Sudan.

That said, we also expect country-specific factors to play a crucial role in determining economic performance in SSA – just as they did amid the global recession. In this respect, Ghana, Mozambique and Zambia should post strong performances in 2011 even if global headwinds gather strength. In Ghana’s case, we see the onset of oil produc­tion and a phenomenal cocoa crop driving real GDP growth to 15.1% in 2011. For Mozambique, the opening of a major coal mine in May and abundant agricultural pro­duction to date should mean growth comes in at 7.5% this year. Zambia, meanwhile, should see growth surge to 7.3% in 2011 owing to a fiurry of FDI over Hlll, robust copper production and strong agricultural output. On a less positive note, we highlight the likely underperformance of Botswana. Cote d’Ivoire and East Africa in general, regardless of what happens in the global economy over H211. The key factors behind our downbeat outlook are, respectively, public sector strikes, severe political turmoil and the regional drought.