Ngozi Okonjo-lweala, who officially assumed her duties as Nigeria’s Finance Minister on August 15, is expected to be a vocal advocate of fiscal discipline, broad-based economic reform and government accountability. 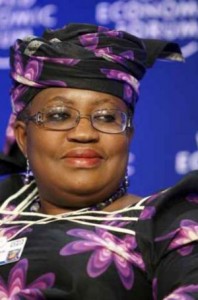 Ngozi Okonjo-Iweala, former innaging director of the World Bank, officially resumed her role as Nigeria’s finance minister – a post she held over 2003-2006 on August 15. She will also take on added responsibilities, spearheading a wide range of economic and financial initiatives (her position title is Coordinating Minister for the Economy and Minister of Finance). BMI believes her appointment shows a credible commitment to economic reform and long-term sustainability by President Goodluck Jonathan’s administration. Okonjo-lweala is often said to have a strong personality and reportedly pushed for broad powers over economic governance and freedom from political interference as conditions for her taking on the new post. While some have warned that she will clash with central bank governor Lamido Sanusi, we believe the two are ideologically aligned and that possible conflicts will be resolved smoothly in the interest of improved fiscal discipline, meaningful reform and economic development.

Okonjo-Iweala has promised to ‘push beyond finance’ to improve the health and direction of the entire economy. Jonathan has requested her to assist the administration in all aspects of economic development, including reform, implementation of policy and coordination among ministries and different levels of government.

Although at this stage there have been relatively few occasions in which Okonjo- Iweala has spoken to the media about her new role, at each opportunity she has commented on the need to curb government spending, saying that Nigeria needs to be put on a ‘better fiscal path’ She has said that getting to grips with the budget and crafting a responsible 2012 spending plan will be her priorities. Okonjo-Iweala will be trusted to find ways to finance Jonathan’s goals of increasing investment in power plants, roads and agriculture. Recurrent expenditure accounts for nearly three-quarters of Nigeria’s budget and Okonjo-Iweala has said that this figure needs to be reduced in order for the country to be able to afford capital investments. With a global slowdown threatening global oil prices, budget allocation may prove to be challenging, particularly in the wake of a glut in government spending brought about by high oil prices and large budget deficits. Moving forward, this is one reason Okonjo-Iweala has stressed that Nigeria needs to diversify its economy and reduce its reliance on crude oil exports.

The minister said that her actions will reflect President Jonathan’s priorities: economic growth and job creation. This can be accomplished, according to Okonjo-Iweala, through policies supportive of job-creating sectors, including the privatisation of sectors that have the potential to create employment. A senior government source told local news reporters that Jonathan is confident that Okonjo-lweala can help his administration achieve his dream: to record doubledigit growth in GDP. Finally, Jonathan has appointed Okonjo-Iweala as vice chair of the newly formed National Council on Privatization, established to ensure that recently privatised businesses ‘create jobs and wealth’ for Nigerians.